Originally constructed as the Italian Embassy, The Labia Theatre was opened by the Italian Princess, Princess Labia, in 1949 as a theatre for live performances. Over the past four decades, it has been a fully operational cinema aimed at the more discerning and eclectic cinephile who enjoys a quality product and the charm of the old-world aesthetic. The Labia Theatre offers a fully stocked bar and snack facilities, ensuring a classic cinema experience. 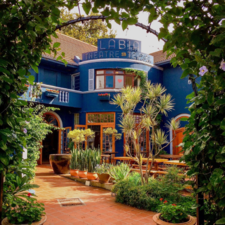 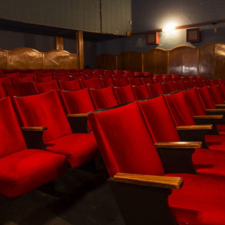 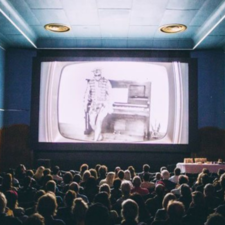 Take a stroll through The Company’s Garden and surround yourself with lush greenery and fresh air. The city’s oasis was established by The Dutch East India Company in the 1650’s, making it the oldest garden in South Africa. Originally built with the purpose of supplying fresh produce to settlers, The Company’s Gardens opened its doors to the public in 1680. Today you can explore all the garden has to offer, like the oldest cultivated pear tree in South Africa planted circa 1652, a beautiful rose garden built in 1929, a herb and succulent garden, an aviary and so much more! If you get peckish while out on your walk through history make a stop at the Company’s Garden Restaurant for delicious tea and their much-loved cheesecake. 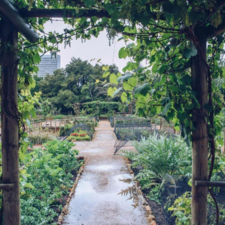 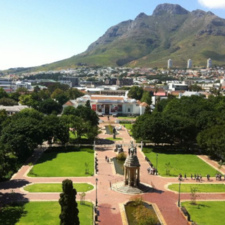 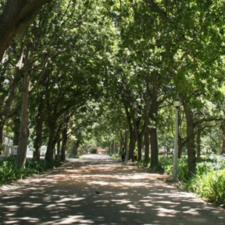 3) The Planetarium and The South African Museum

Lie back and look up at the stars in the most advanced digital planetarium on the African continent. The multifunctional digital dome creates a melting pot of art and science that come together to exhibit an immersive multi-sensory experience. With an ever-evolving range of shows offering both entertaining and educational stargazing, for children and adults alike. There is something for everyone under the stars! 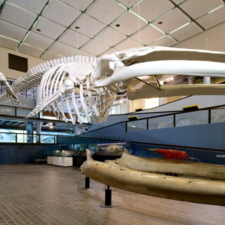 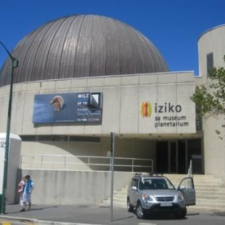 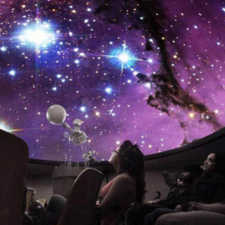 Built as an extension of South Africa’s oldest synagogue, built in 1841, The South African Jewish Museum presents a space full of interactive displays, audiovisual presentations and fascinating artefacts. Housed in the museum's modern architecture are beautiful interiors and a life-sized shtetl (a small Jewish town or village in Eastern Europe). Visit The South African Jewish Museum and trace back the cultural history of Jewish people, Jewish life and Judaism. 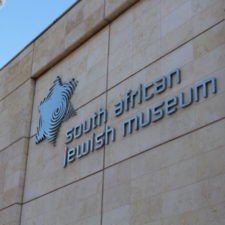 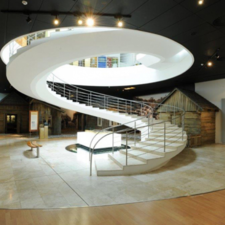 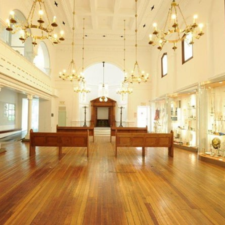 St George’s Cathedral, established in 1834, is the oldest Anglican cathedral in Southern Africa. The cathedral is both the metropolitical church of the Anglican Church of Southern Africa as well as a congregation in the Diocese of Cape Town. It is also the seat of the Archbishop of Cape Town. St George’s Cathedral is known as the “People’s Cathedral” due to its resistance to the Apartheid regime. Not only were its doors open to all races throughout the Apartheid era but it was Archbishop Desmund Tutu who led a mass demonstration of 30,000 people and coined the phrase “The Rainbow Nation”. Spend an hour or two basking in the cathedral's architectural beauty and its magnificent heritage. 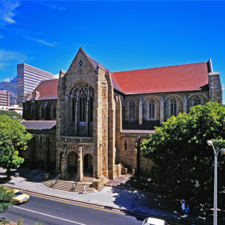 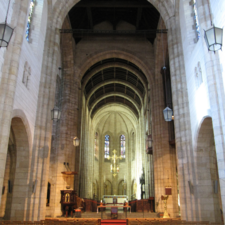 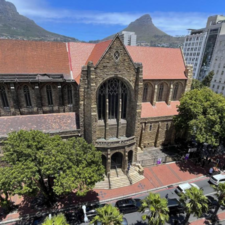 A place to reflect on the past and look towards the future. The slave lodge offers an intimate experience of the lives of slaves during the 17th and 18th centuries in the Cape. Built in 1679, the slave lodge presents its exhibition in the original building where enslaved men, women and children were confined. Stand amongst history and learn about the people who have contributed to South Africa’s richness and diversity. 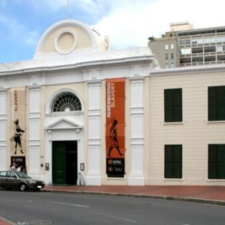 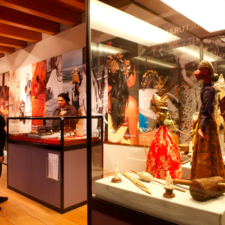 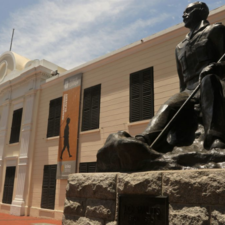 Fun Fact: In the early 1900’s the pools were commonly known as the “slipper baths”. This is because at the time many of the apartment buildings in the area did not have bathrooms so the residents seeking a hot shower would make their way to the baths in their slippers. 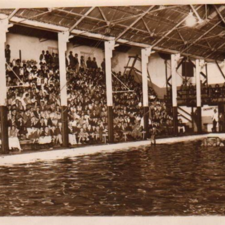 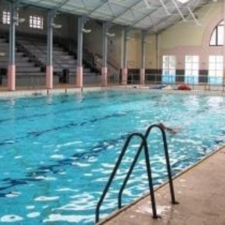 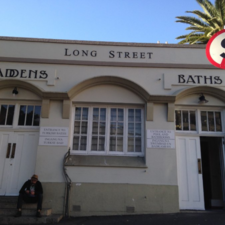 The South African National Gallery is home to a vast and critically engaging collection of historical, modern and contemporary artworks. Celebrating South African, African and international artists, The South African National Gallery promises pieces for everyone to admire. Wonder through the permanent collection showcasing sculptural works, paintings and installations and make your way through the revolving exhibitions. A day spent amongst art is certainly a day not wasted. 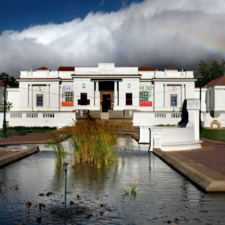 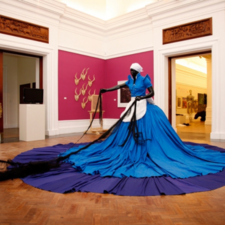 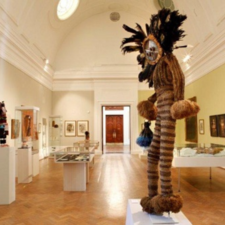 Stroll down Queen Victoria Street and experience a little piece of history with a big story. In South Africa’s Apartheid era races were segregated in all ways of life including the right to sit on public benches. Public benches were allocated to specific races and people were legally obligated to follow their prescribed placement. One of these benches is preserved in Cape Town today as a reminder of what the “Rainbow Nation” has overcome. Be sure not to miss this historical item! 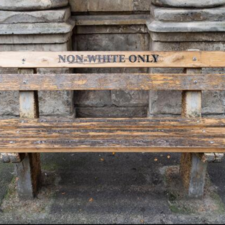 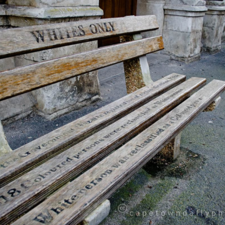 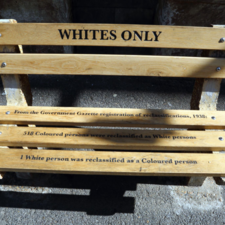 Okay okay, so we know this is 11 minutes away but we had to include it! You have to experience the colourful and historic suburb of the Bo-Kaap. Resting at the foot of Signal Hill and overlooking the City, its origins date back to the 1760’s. Formerly known as the Malay Quarter, multiple rental houses were built and leased to slaves originally from Malaysia and Indonesia. The dazzling variety of vivid paint colours on the Bo-Kaap houses of today is said to be due to the fact that when the houses were originally leased, all houses had to be painted white. The story goes that when this ruling was lifted, and former slaves were allowed to own property, the houses were painted bright as a celebration of this freedom. Today Bo-Kaap presents a vibrant and cultural atmosphere and is full of great cafes. Be sure to try some unique Cape Malay cuisine, such as breyani, bredies, pickled fish and bollas. Once you have added a bit of colour and cuisine to your life, be sure to check out the Bo-Kaap Museum to learn more about Bo-Kaap’s rich history. 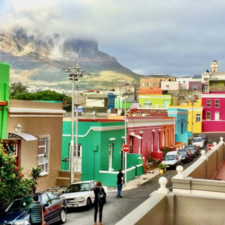 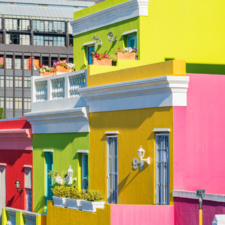 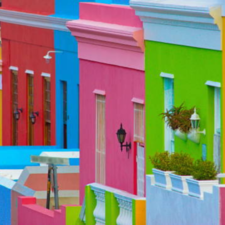